From 26 January, Route 75 trams will continue along Flinders Street into Docklands, along Harbour Esplanade and terminate at Etihad Stadium. 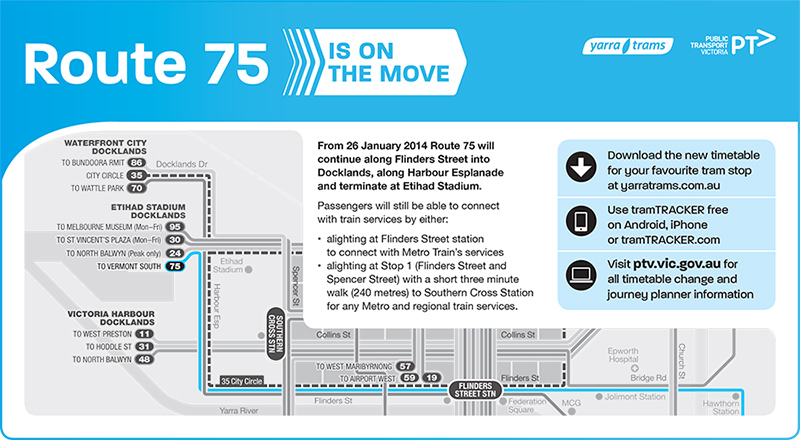 More trams are being sent into the growing Docklands precinct to service current and future demand.  Once complete, Docklands will be a waterfront destination for an estimated 20 million visitors each year, a workplace for 40,000 people daily and a home for up to 16,000 residents.

Passengers will still be able to connect with train services by either :

The changes are a part of the twice yearly timetable change across the entire public transport network by Public Transport Victoria.

As a result of the fifth E-Class tram entering passenger service on Route 96, larger trams have been able to be relocated to Routes 3, 19, 64 and 67 to assist with overcrowding.  Each new E-Class tram that arrives frees up another high capacity tram to run on the busiest routes where they are needed most.