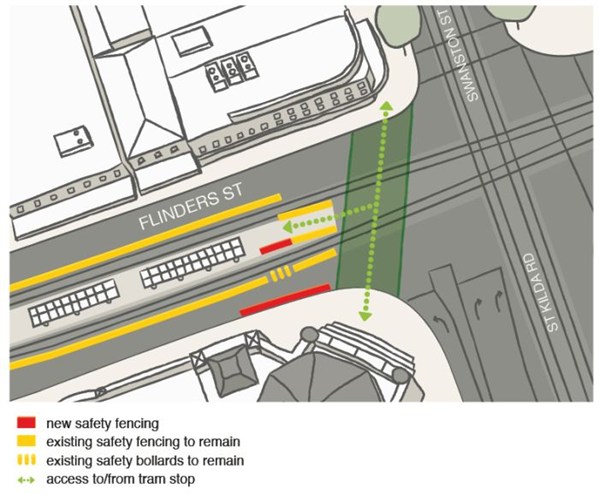 Public Transport Victoria, Yarra Trams, Victoria Police and Melbourne City Council have acted to improve the safety of passengers and road users at and around the accessible tram stop on Flinders Street at Swanston Street.

The stop has been identified as a high risk area for pedestrian accidents with 14 near misses in the last six months. Victoria Police has previously issued penalty notices to pedestrians for illegally crossing the tracks.

A trial earlier in 2013 with some fencing temporarily installed saw 82 people unsafely cross the tram tracks, compared to 364 when the fencing was not in place.

Hundreds of pedestrians leaving or entering the platform stop do not use the designated crossing, which puts them at risk of being hit by trams or cars.

Yarra Trams is extending the existing safety fencing on the south side of the stop on behalf of PTV to prevent this dangerous behaviour.

At the same time, Melbourne City Council is installing a safety fence on the footpath on Flinders Street opposite the tram stop.

The recent trial by PTV and Yarra Trams saw the installation of temporary fencing to discourage pedestrians from illegally crossing tram tracks.

The study showed an average 80 per cent reduction during peak hours in the number of pedestrians crossing tram tracks.

The success of this trial prompted PTV and Yarra Trams to make this fencing a permanent solution as part of its commitment to passenger and community safety.

Existing safety fencing will remain in place and tram operation is unaffected. 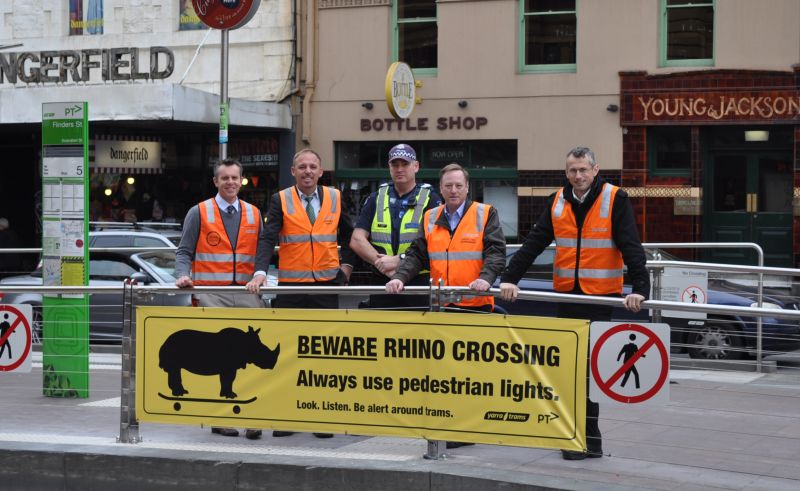