Stand by your tram - Melbourne welcomes the E-Class 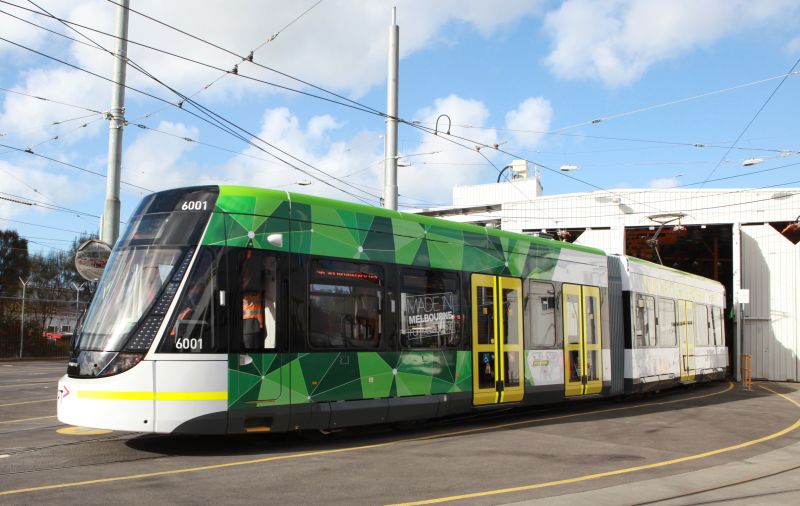 At 33.45 metres, these trams are the longest to ever run in Melbourne, and their capacity of 210 passengers make them the most efficient people movers ever to run in the world's most famous 'tram town'.

E-Class tram #6001 took its first in-service trip for passengers at 8.45am this morning. After a quick break to allow the Melbourne Cup Parade to take place it will be back on Route 96 between East Brunswick and St Kilda Beach this afternoon.

E-Class trams are the first tram manufactured in Melbourne since the last B-Class rolled off the production line in 1994. The design is based on the Bombardier Flexity, with modifcations specifically for Melbourne conditions.

Video of the tram on its first trip

More photos from the launch and first in-service trip 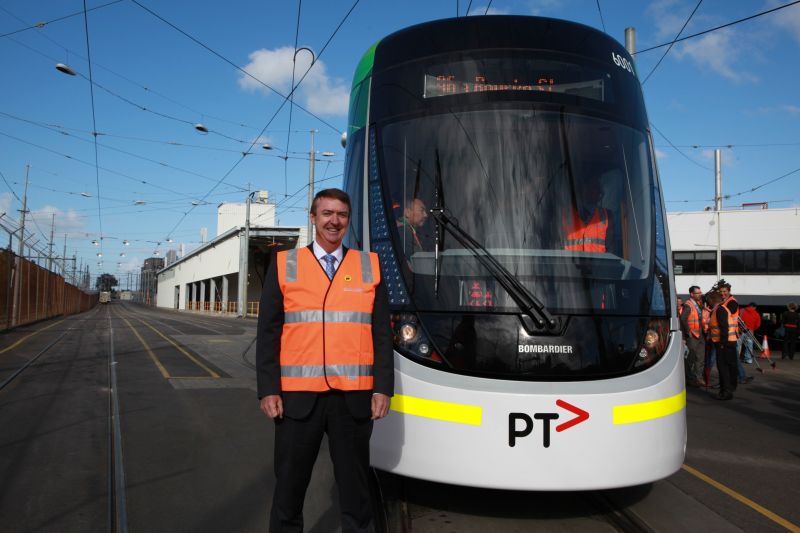 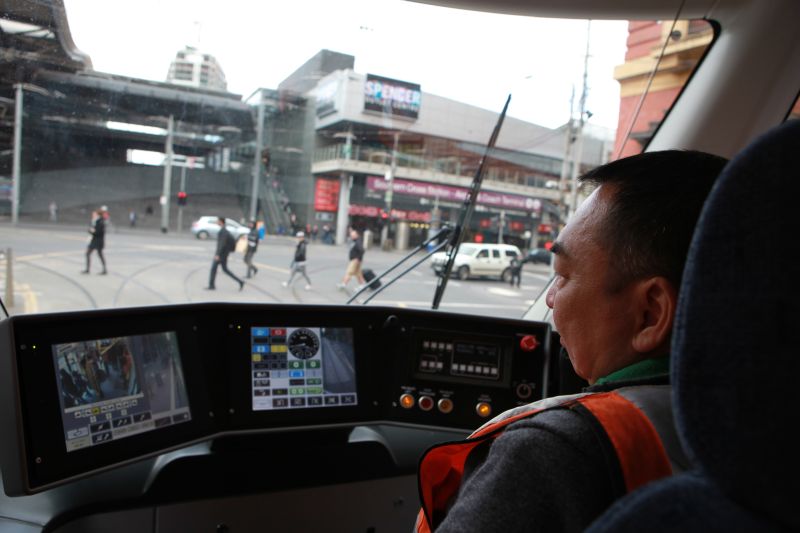 MIDDLE: Minister Mulder with the tram.

ABOVE: Behind the console of the world's newest tram