Tram passengers on Route 19 will travel on high-capacity, low-floor trams in the first stage of the cascade plan made possible by the arrival of 50 next generation E-Class trams.

Public Transport Victoria Chairman and CEO Ian Dobbs and Yarra Trams CEO Clément Michel made the announcement today after stepping off a low-floor D2-Class tram at one of three newly constructed accessible platform stops in Elizabeth Street, which is served by Routes 19, 57 and 59.

Three pairs of level access stops have been built on Elizabeth Street at La Trobe Street, Bourke Street and Collins Street to improve access and safety for all passengers, and accommodate future plans to operate more low-floor trams on Route 19.

The stops were constructed as part of a $7.5 million project completed in two stages that also saw new tram tracks laid that will result in a smoother, quieter and more comfortable ride for passengers.

"PTV is committed to working towards a public transport network that is accessible for all, and these improved tram stops along Elizabeth Street are part of readying the network for the arrival of more low-floor trams," Mr Dobbs said.

"As E-Class trams are introduced to Route 96, larger trams with bigger capacity and real-time passenger information will be put on routes where patronage or demand is greatest.

"This means several routes and thousands of passengers benefit from the arrival of the E-Class and the first stage of the cascade plan is for D-Class trams to move to Route 19."

Two trams will initially operate on Route 19 and the frequency of low-floor trams on the route will increase when more D-Class trams cascade as part of the E-Class Tram Procurement Program.

"The arrival of these trams will add much needed capacity to the route given that a 5-car D-Class tram can carry 140 passengers when full.

"We are increasing the capacity of the service by 27 per cent without increasing the number of trams on the route, which already has an optimal frequency.

"As more E-Class trams arrive it provides PTV and Yarra Trams more options to cascade high capacity low-floor trams to Route 19, and to other routes in future."

The three new accessible platform stops improve safety for all passengers who are waiting for a tram by offering extra protection from road traffic, while modern shelters with more seating and improved lighting improve the passenger waiting experience.

"The stops are capable of handling the growing number of longer trams on Melbourne's network and the frequency with which trams travel on Elizabeth Street to carry more than 210,000 passengers each week, Mr Michel said.

The construction of accessible stops on Elizabeth Street follows significant improvements to the tram network earlier this year in the form of a $10 million upgrade of Domain Interchange, the replacement of 800 metres of tram tracks in Chapel Street and track renewal at the intersection of Victoria and Hoddle streets.

The Victorian Government invests around $65 million each year in maintenance and renewal of tram infrastructure, with the work carried out by Yarra Trams on behalf of Public Transport Victoria. 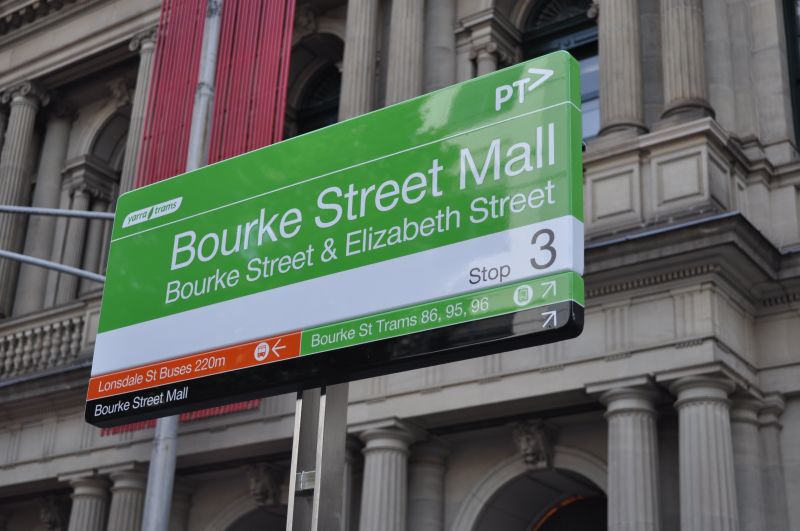