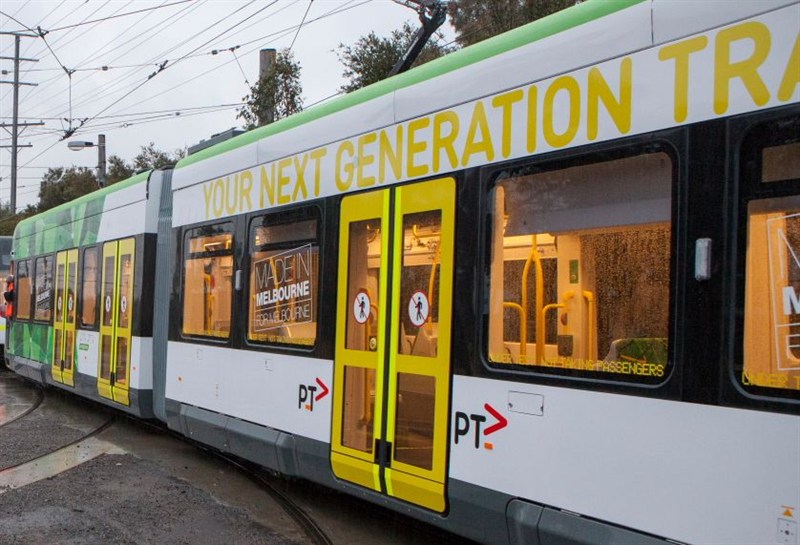 Melburnians are reminded that they will have to be patient before boarding the first next generation E-Class tram.

The livery on the eye-catching new tram clearly informs passengers that the tram is not in service.

Messages saying: 'under test - not taking passengers', sit alongside those proclaiming the tram as 'made in Melbourne - for Melbourne'.

That hasn't stopped a few keen people from attempting to board the tram as it pulls into tram stops as part of its comprehensive testing program.

The Victoria Government has purchased 50 new low-floor trams and they will join Melbourne's tram fleet by 2018.

At a length of more than 33 metres, they will be the largest trams on the network and capable of carrying 210 passengers when full.

This will mean a boost to tram network capacity of 10,500 people at any given time.

The first trams will begin operating on Route 96 later this year, once the rigorous testing program is complete. 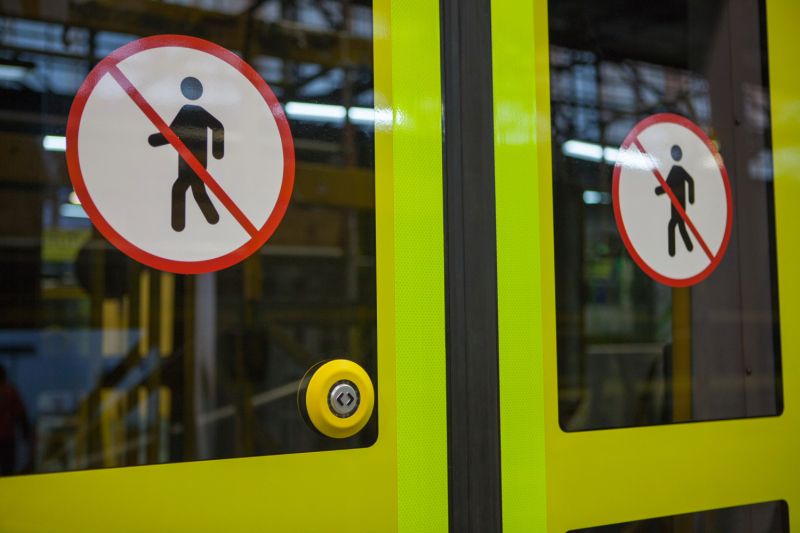 ABOVE: Signs on E-Class tram doors will warn passengers that the tram is not in service

TOP: E-Class tram 6002 in its livery, proudly Melbourne made