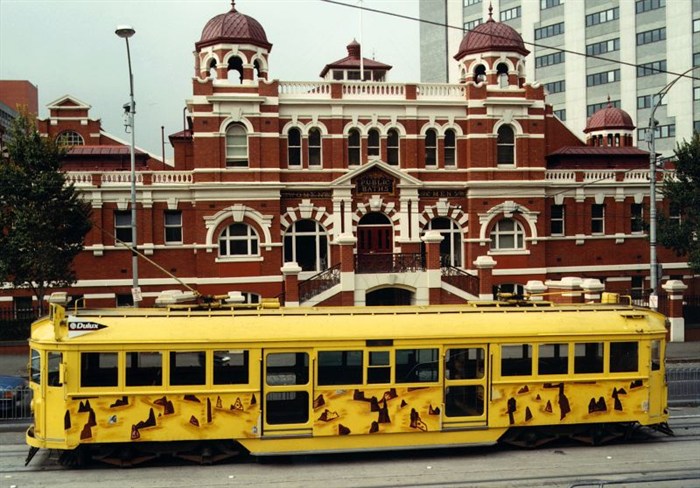 Yarra Trams is proud to support the return of moving masterpieces as part of this year's Melbourne Festival.

Between 1978 and 1993 the Transporting Art project gave 36 of Australia's most popular artists the opportunity to paint a heritage W-Class tram.

Now Arts Victoria has teamed up with Melbourne Festival and Yarra Trams to wrap eight trams in eight new works of art, with one operating from each of Melbourne's tram depots. Some of Victoria's most talented artists were chosen from 117 entrants to have their works displayed on-board.

One of the trams will be designed by an emerging artist, Freya Pitt from RMIT University.

Tram designs and more information on where the vehicles are running will be revealed in coming months.

For an introduction to the successful artists visit the Melbourne Festival site.

Yarra Trams is a long time supporter of Melbourne's thriving arts and culture scene through our extensive partnership program. We are thrilled to expand our commitment by showcasing these major works. 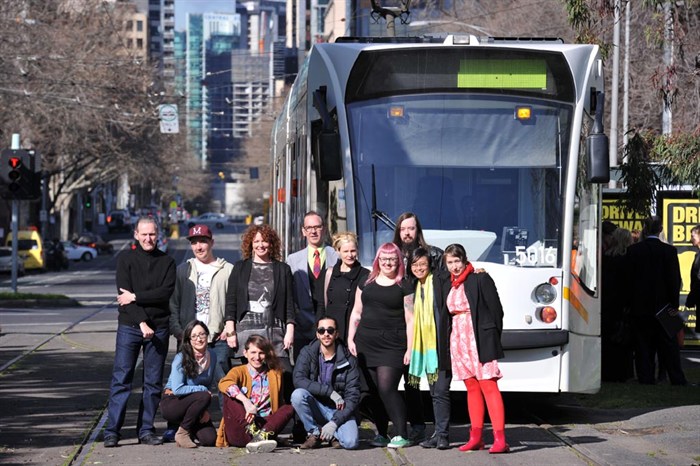 ABOVE: This year's successful artists. Photo by Jim Lee.