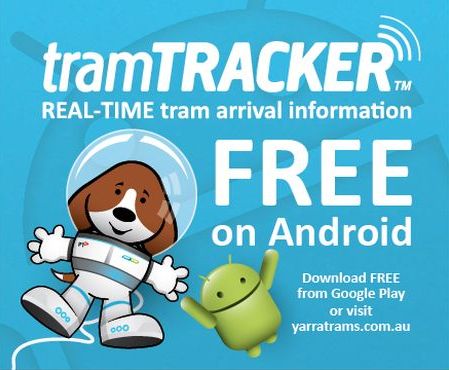 Yarra Trams is proud to present tramTRACKER for Android.

Australian public transport's first real-time information service, tramTRACKER has come a long way since it was launched by Yarra Trams in 2006.

Initially released as a phone (IVR) and SMS service, tramTRACKER rapidly evolved into a free online service and in June 2009 it found a new market as an iPhone app.

Currently the popular tramTRACKER iPhone app is downloaded 20,000 times a month and the number of requests to tramTRACKER exceeds 800,000 a day.

With the surge in popularity of the Android operating system, we're pleased to be able to provide an official, supported application with many features not previously available to Android users.

tramTRACKER for Android is a free app available from Google Play (Marketplace).

Yarra Trams Marketing Manager Matt McDonell said: "We've built on the massive popularity of tramTRACKER for iPhone to develop an exciting new version which caters to the growing community of Android users."

"With more than half a million Melburnians using trams every day, we want to enhance the customer experience with even greater access to real-time tram arrival information," he said.

Developing the new version of tramTRACKER has not simply been a case of transporting the iPhone app across to Android.

"tramTRACKER Android is the result of extensive customer research, prototyping and field trials," said Prashanth Mullapudi, IT Business Analyst with Yarra Trams.  "It's an app built by passengers for passengers," he said.

"We collected feedback from our customers and comments in online forums about what people like and don't like about the iPhone version.  We did customer research and testing to bring a new design and added features to the Android version of tramTRACKER," he said.

Features of the tramTRACKER Android app include:

The new Android version of tramTRACKER has retained some of the most popular features of the iPhone app:

Where to get tramTRACKER for Android

tramTRACKER was launched in 2006 (phone and SMS) with versions added in 2007 (online), 2009 (iPhone, mobile internet and desktop gadgets and widgets).  With over one million users every month, tramTRACKERis now available: 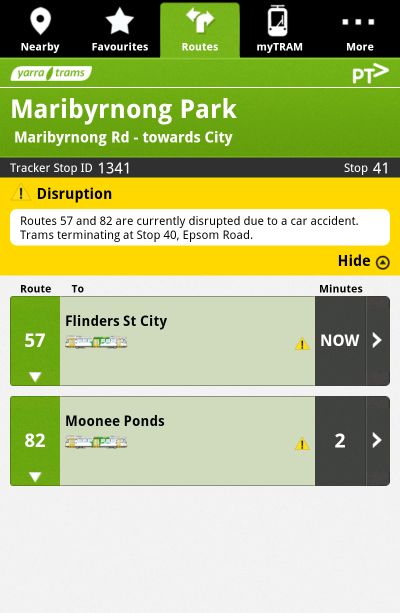 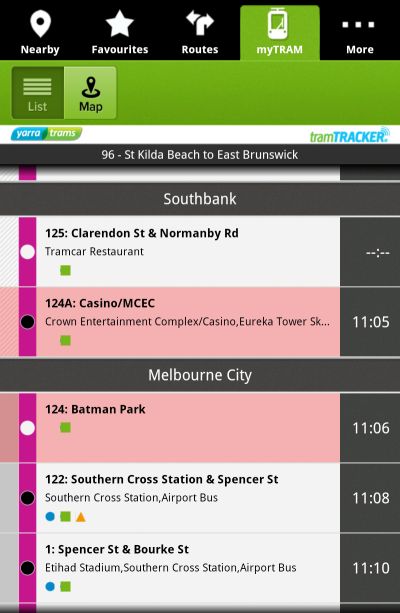 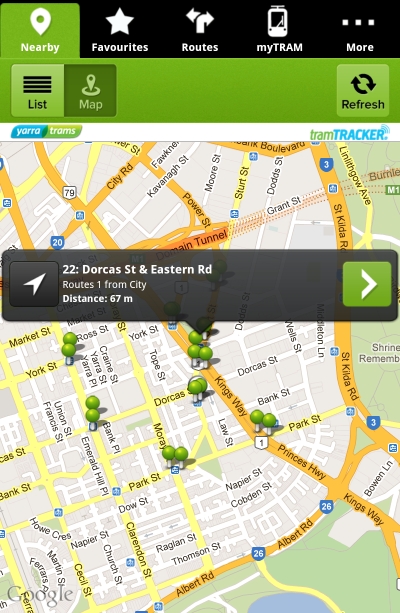